All you need to know before buying COB led strip 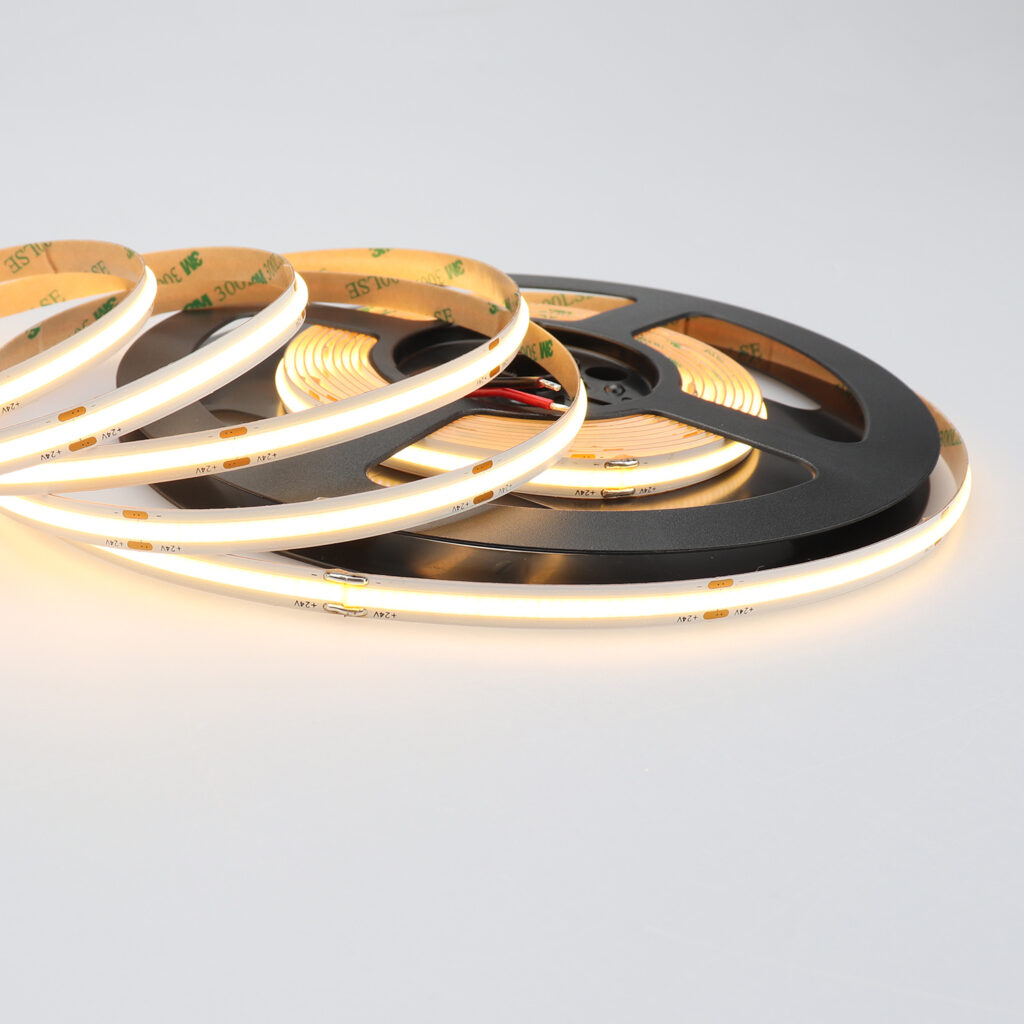 LED strips have been a trendy DIY lighting solution for many applications for many years. That’s why we are so interested in the latest LED strip technology, COB flexible led strip lighting.

COB stands for Chip on Board in the LED field, which basically means that the LED chip is packaged directly on the circuit board (PCB). Chip on Board” LEDs for flexible strip lights are sometimes referred to as flip-chips.

Flip chip LEDs are basically a bare-bones approach to LED construction. Take a look at an ordinary SMD (Surface Mount Device) LED. It has a Lamp bead holder that package the LED chip and then covers it with a phosphor coating. The ‘flip chip’ that makes up the COB LED strip removes everything from its design, except for the LED chip, yellow phosphor cover layer, and connection pads.

Now that you have a basic understanding of how this new COB led strip is produced, it’s time to see its advantages and disadvantages.

No LED lighting dot, even without aluminum profiles.

One of the biggest complaints about traditional LED strips is the lighting dot throughout the strip. A lighting dot is a bright area through the strip where you can see where the light is coming from. Light is more soft and attractive when it looks like a smooth light source rather than a lighting dot mess.

With 5050 SMD flex strips, the larger diodes are squeezed close enough so that the light is spread out and consistent across the illuminated surface at a distance. But if the light is too close to the surface or the strip itself is visible, the hot spot is an obstacle that the human eye cannot ignore.

With a 480 chip/M COB strip, it is pretty challenging to pick out any hot spots on the COB flex strip. This strip shines a soft, uniform light from end to end. Even light with no lighting dot is more attractive to the human eye and gives off a steady light even in the narrow places. The only natural way to see the lighting dot is to look at the back of the strip, where it is easier to see the individually placed flip-chip LEDs. You can only see the individual led if you dim strip down to about 5% brightness. This makes COB flex strips ideal for applications where

These strips are much more flexible than other flexible strips because of the small size of the diodes and the uniform weight distribution. These diodes are so small and closely spaced that no point of the strip is the same. This uniformity makes it easy to set up the strips without planning around a 5050 SMD LED sticking out where you don’t need it. This extra flexibility will make it easier for them to fit into tight areas and turn corners in your application.

If you’ve been listening, the advantages and disadvantages of COB flexible light strips should be obvious, so now let’s get into some specific details about this sort of strip. If you’re acquainted with LED strips, then lots of this may sound familiar, but there are some differences during this form of  strip, so it’s best to test out the guidelines below before using COB strips.

COB led strip can cut this strip just like our other strip lights. Please only cut along the cut marks marked on the strip every 50mm (24) / 25mm (12V). This allows you to cut the strip to a custom size or add gaps to your application. The cut strips can be used again and are best connected by soldering, but if this is often not an option, our COB strip connectors also are available as an option.

COB led strips are dimmable as well as regular SMD led strips.
You can use DALI, triac, PWM, 0-10V dimming power supply to use with COB led strips to achieve dimming.

How to install the COB led strip light? (step by step)

After you read this article, I believe you already have a basic understanding of COB led strips. If you want to know more about the detailed parameters of the product, please click here, or you can send an email to sales@ledyi.com. 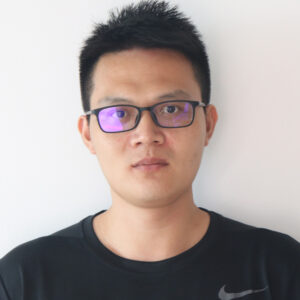 Hi, I’m Martin, the Co-founder of LEDYi Lighting. I’ve been running a factory in China that makes led strip and led neon for 10 years now, and the purpose of this article is to share the knowledge related to led strip and led neon from a Chinese supplier’s perspective.
分享 facebook
Facebook
分享 twitter
Twitter
分享 linkedin
LinkedIn
上一个上一个Analysis of LED Lumen Test Difference in Integrating Sphere and Goniophotometer
下一个Is it safe to leave an led strip on constantly?下一个